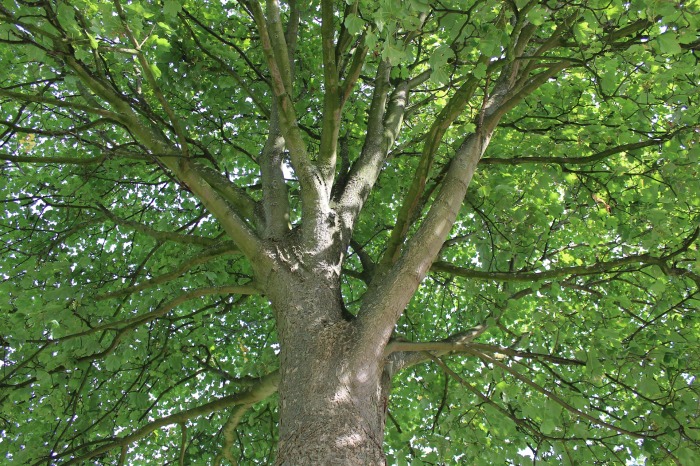 This page is very under construction. Lots of awesome detail coming, but at the current pace…we’re looking at March 1st.

The Fear of the Lord is the beginning of Wisdom, but perfect love casts out fear. Is the Bible contradicting itself here? I think there is an interesting paradox that happens when it comes to the Cross. When man fell it ripped a hole in the natural order of things. God’s authority held things together based on the future answer to sin. So mankind was sentenced to die from being separated from the source of life but death came slowly. When Christ suffered the wages of sin despite being blameless it tore a hole in the hole, so to speak.

We exist in an awkward paradox. Our Spirits are being born even as our Bodies are dying. The land between is the battlefield of the soul. Our world is both black and white. Death is very real but so is life. It’s not grey, that’s just the only way our minds can hold the reality. We stand at a crossroads where life and death are both truly what’s happening, and our soul (mind/emotions/will) is not equipped to deal with it.

The world, our environment (the canopy level), wants to deny that the Spirit exists if only to preserve our sanity. The domain of darkness which actively helps to push the world further away from the light, wants us to deny the light. So the odds are against us. But the Kingdom of God, as quietly voiced as it may seem, is just as real. We must choose it.

What removes the veil? Leaning not on our own understanding and delighting in Jesus. We simply can’t comprehend the Kingdom in our humanity. It’s a crazy place where the last are the first and to lead is to serve. We don’t get it.

It doesn’t take faith to follow God when he’s saying things you already agree with. Faith comes in when you subject yourself to God’s authority. When you declare that he’s good even when that’s not what your circumstances are pointing to.

The fear of the Lord is the beginning of wisdom because when we subject our own view of reality to God’s we gain access to a Kingdom perspective that enables us to make choices we would never be able to see through our own eyes. So faith is a shield that provides a clearer vision to see our situation with God’s eyes from his perspective.  Our weapon to call out faith in ourselves is to declare God’s goodness (who is for us and how he sees us.)

We can literally take every negative emotion we experience and place it in him. Then things like grief, injustice, anger, etc. won’t have negative outcomes in the long run. They may wreck our day, but the fruits born in the next season are healing, redemption and peace. There’s a lot more to be said on the topic of Spirit, Soul, and Body if you access either “On Becoming a Man” available at Amazon or get my book, “The Primacy of God,” for free by signing up here (add link).

More and more we’re becoming aware that wealth isn’t a number. It’s not how much cash you have on hand or the size of your estate. It’s the way you live. The purpose of money is to help you live freely, doing what you want when you want, but the pursuit of wealth has left many people with very little time or energy to do anything else. Worse many people arrive at a point when they have wealth and find only the stress of trying to keep it. I’ve known wealthy men who spend all day managing their wealth and protecting all their things.

I’m not anti-money, as many Christians are. But we do need to start the discussion of the wealth branch by stating clearly that anyone who really thinks about it long enough will decide it isn’t wealth they want, it’s what they hope having wealth will bring them that they truly want. And often you don’t have to be that wealthy to get those things, in fact, wealth can get in the way.

How do you hit the sweet spot where you don’t worry about money. Well, start by trusting God for your daily bread. I know you expected me to say that, and I had to. It must be there. But step two is clarifying what it is you want. And this works the same if you’re asking God for any blessing.

It’s assumed that a sick man would ask God for a cure, but what if he asked for something else, like that his wife would be provided for when he’s gone. What if being wealthy AND wise means instead of trying to live forever, you live so well that you don’t need to live forever. Maybe a wise man accepts his mortality and then doubles down on living abundantly in love with his God and his family. As the character, William Wallace says in Brave Heart, “Every man dies, not every man really lives.”

So the branch of wisdom and wealth is about life lived well. And you need to know what you think that looks like. That takes some exploring with God, and the good news is it’ll change and grow over time. The Lord knows the desires of your heart and he’ll be faithful to give them to you. Asking God for enough money to buy the desires in your heart is the rankest form of idolatry.

Step three is knowing the basic framework of building wealth. Start by knowing this, wealth takes time. Just like getting healthy its a lot of right decisions and a lot of staying the course when other people chase fads.

So step two and three really combine into something the world has started calling lifestyle design. Decide what you’re looking for, like freedom of time or to travel, and then decide the lifestyle that will move you toward that. They aren’t entirely wrong, just thinking from outside in.

The baptized version of lifestyle design has become intentionality. It’s the church way of saying God wants you to steer your life not just bounce through it. I think we can elevate intentionality by adding in the inside-out concept.

If good decisions + time = wealth (Or health) then how do we consistently make good choices? By taking sound basic concepts and doing them in a manner that’s authentic to us. We can still follow someone else’s blueprint as a source for good decisions, but we will need to choose ones that resonate with our hearts and then make it our own.

Before I list the basic concepts let me round out the equation. Good decisions (blueprint + consistently applied) – Fear (of anything but God) + time = Success (Wealth and/or health).

We will need to be bold in order to lay hold of what God is trying to give us. Doubts about who you are, whether God loves you, if others are right when they say it can’t be done or at least not by you, and so on will block your ability to receive what God is handing you.

Two final ingredients not in the formula but more of a theme.

Passive income. Everyone talks about it, but it appears to be true. You need the ability to make money even in your sleep in order to get time and space freedom. It comes in several forms and always requires some level of interaction, but once its set up you should be able to continue to get a return even when not actively doing it.

Sooner or later you’ll reach an age when you aren’t able to trade physical work for income. at that point, you’ll need to have some form of passive income. If you work toward it sooner, it can become part of giving you time and location freedom.

I categorize everything I do for money as either a gig (to make money while I’m doing it) or income (if it builds passively). I personally have to do a lot of gigs so I can build toward income.

Getting paid to do something fulfilling. This is a dream of myself and most of my friends. If I can’t monetize my passion I’d like to at least receive compensation for doing something I’m good at. Most of us can’t pull it off but it’s a worthy goal when trying to live intentionally.

Then again, we have to be cautious of two things. One is the level to which it’s satisfying because it’s  validating, I’m a doctor so I’m important vs I’m a doctor because I like helping people. The other caution is if it gets in the way of the other aspects of wealth that we desire. If you really don’t hate what you are doing but it enables you to build toward other goals is it the wrong fit for you? Only you and God can answer that.

The 3 Pillars of Wealth: