I want to get to techniques I’ve used in my life to create the habit of putting God first. But as I ponder the topic I realize, as handy as they are, life’s not about techniques. I need to cover one piece of philosophy first, to put it in context and then expand our definition a bit.

Every adventure in our lives is about deepening our connection to God. In the context of adventure, hardship is simply part of the escalating dramatic action.

If you woke up in a story instead of a life, what type of story would it be? A comedy? A tragedy? A romance? It’s all of the above and your story is actually one vital chapter in the story God is telling.

I know that statement can cause a deflated feeling depending on your perspective when you read it. I’ve often been annoyed by folks insisting that I’m not the hero of my own story. I’m not really saying that. God’s a big enough superhero that he surrounds himself with heroes. But you can read all about this in the awesome book “Wild at Heart.”

My point here is that your adventures, hardships, celebrations, and sorrows have only one point, and that’s to connect you intimately with God.

In paradise, we operated in a state of innocence. Our mistakes could be viewed by God the way we view a toddler who falls while learning to walk. But mankind left the intimate walk we had with God when sin entered the Garden of Eden. Sin separated us. One day we’ll be reunited, but Christ’s heroic sacrifice created an atmosphere of GRACE.  God can from now on ignore the separation and work with us as if it never happened.

Yet, somehow, it’s surprising that a God who’s suffered a terrible separation from us would focus on reconnecting. 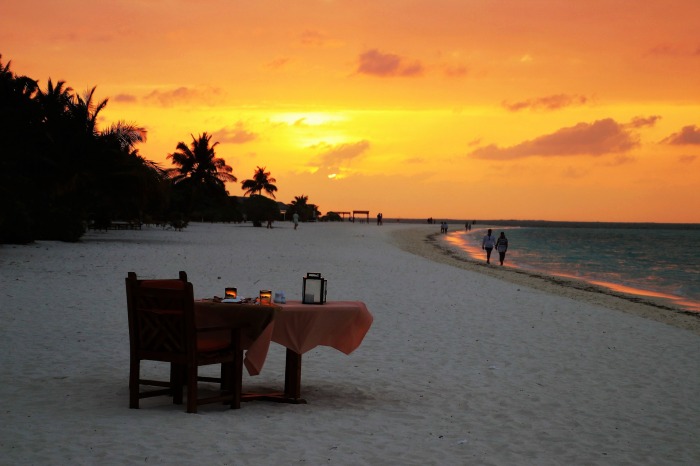 Here’s a typical conversation between God and I:

And so on. God doesn’t stress over our “problems” and neither should we. The story Jesus gave us on the topic is the Prodigal Son. God is saying, “Yes you screwed up, I want you back more than I want to be angry about it.”

With that context in mind, we need to expand our definition of what it means to put Him first. We need to think of all the places in our lives that He can be elevated–and that’s in every area.

Anything that can be managed, like money, time, energy, relationships, a household, a business, and so on. We can sit down with a pen and paper and brainstorm ways to subjugate those things to God. It’s a fun exercise.

What would it look like to put God first in your money? This gets a lot of talk time in many churches because of tithing. I’m going to suggest that whether you start with money, or time, or your marriage, or whatever, something will come against that decision instantly. So pick an area that you can handle getting emotionally hammered. 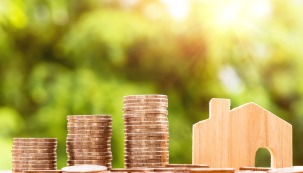 Let God guide you in choosing your battles. Let God guide you in what and how to be faithful there. Maybe it’s not 10% of your money to start. Maybe it’s 5% and the challenge isn’t setting it aside, it’s finding the right place to give it. What do you do when God tells you to give 5% of your paycheck to that homeless person on the side of the road? Would that be a place you and God would need to have a discussion? Would that conversation probably bring you closer to God? That’s the whole goal of life. Nothing is more important than drawing closer to God. NOTHING!

That’s not to be confused with experiencing his presence. I’m a big fan of soaking in God’s presence, but just because you aren’t feeling God at the moment doesn’t mean He’s not there. The reality is that God is everywhere. (Bill Jastram wrote a great book on this topic.)

My point, and I’ll come back to this in Chapter 10, is that God can be trusted to mentor you. He takes responsibility for your friendship. We can trust him to look after our physical needs and also to be kind when we screw up, repeatedly. He isn’t tapping His foot waiting for you to figure it out. He’s eager for you to engage in the process of growing up with Him.

So, while this book focuses on the need to put God first, and I’ll now suggest a few ways to put that into practice, I don’t want to be condemning in any way.

That’s what I see happen over and again in my own life. I figure out a way to be holier, or God reveals an awesome truth, and I’ll circle it to the exclusion of everything else (including being responsive to God). If I operate from a place of shame or try to do it in my own strength, I burn out. I need permission to not be perfect yet in order to grow toward it. (2 Cor. 3:18)

Grace is a State we Abide in

I do this because I struggle to accept that God created Grace so that He’s free to interact with me as though I haven’t screwed up, even while I’m constantly screwing up. He doesn’t make me a better man for the purpose of making me acceptable, He does it because growth is a by-product of relationship with Him and we both want me to grow.

As true as it technically is, I prefer God’s way of stating it. I’m going to transform you from glory to glory. You’re going to go from needing grace to needing grace. Yes! But along the way, we get to journey with God. The focus is not on me improving, it’s about me being with God and doing something–together.

The Recklessness of Grace

Here’s the crazy extent to which God has taken this with me. I once complained about my progress and He said I wasn’t qualified to judge myself. Really? Yes. I’m not in a position to even know how good I’m doing.

The Bible says we don’t even know what to pray (Romans 8:26). I think this is in reference to the same issue. We often pray for release from a circumstance engineered by God to bless us. We stand in judgment of the world around us and are often hardest on those who fail right in the same place we struggle, yet God says we’re not qualified to judge.

This blew my mind (you can probably tell). I can spend a good amount of my days feeling bad about what I don’t get done. Feeling powerless. Repeating mistakes. Then God says, “if you saw you through my eyes you’d be very impressed.”

Well, there’s a couple reasons for that. Chiefly, that He sees us in Christ, so the sin is erased and what remains is immaturity.

We throw tantrums because we don’t get our way when that’d be the worst thing for us. God doesn’t get angry when we fall down because we’re just learning to walk. He doesn’t see what’s wrong, only what’s missing. 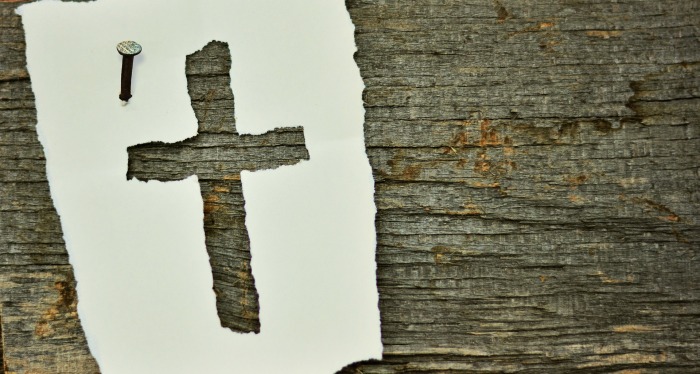 Now I’m going to list some ways to put God first, but please swear to me you won’t make a religion out of these. This isn’t a list to get through, it’s a list of potential ideas to inspire you to make your own list. When you make your list don’t make a religion out of that either. And don’t condemn yourself when you fail at any of this, you’re not capable of knowing what you actually accomplished or not.

The point of fasting is to two-fold. First, by not eating put your body back in its place. Our bodies tend to be like a toddler, it wants what it wants and demands it until we give in or give it a firm, NO! By simply denying your hunger for a set amount of time you declare to your body that it’s not in charge–that the spirit is more important. That you don’t live by bread alone, but by your walk with God.

The second reason to fast is to remove distractions. You can fast from anything. TV is a good one, especially the news.

Idle chit-chat is another. You don’t have to take a vow of silence; you can simply decide to answer truthfully to any question you decide to answer. In that way, you avoid small talk and sponsor actual conversations with people. It will also annoy people but hey, you’re probably already annoying someone, it’s not the end of the world.

I recommend fasting from gossip. God hates gossip because it means you see a problem, and instead of helping you just talk about it to someone else that isn’t going to help.

My favorite fast is not feed myself for a day. Basically, I won’t bring food with me, ask for it, or turn it down. If God wants food in my belly then He will provide it. This is a crazy good way to foster your relationship with God no matter what happens.

Another type of fast is to take on something you aren’t sure you can do. Men, in particular, will stick to things they’re good at. So do something you’d like to do at which you may very well fail. Try to write a book in a month. Try to run a marathon. Try to learn a foreign language. Get up an hour early every day and write letters to people you haven’t spoken to in a long time. Tell them God loves them or just offer encouragement.

D.A.w.G. Days (Day Alone with God)–This is a great one. Take a day and go out into the wilderness with God. Read the scriptures, journal, pray. That’s it. Here’s a link to good information on the topic from Boot Camp NW.

Well, there you have it. A short list. My list. There’s a lot more you could do if you think about it. Be sure to contact me through my website (https://sirbunch.com/) and let me know if you try these or think of a new one.

This page under construction.

Back to Primacy Work in Progress (WIP) Page